The Rise of Mixed Reality: How MR is Shaping the Future of Construction Industry

Until recently, the construction industry has been relatively conservative in embracing the latest technological solutions. Nowhere is this more apparent than with mixed reality, whose benefits are being widely recognized and embraced by many other businesses. In part, this is due to the lack of understanding of what MR already is and how it can be of advantage to the AEC sector. To remediate the situation, here is everything you need to know about what mixed reality can offer and how to get access to its benefits.

What is Mixed Reality 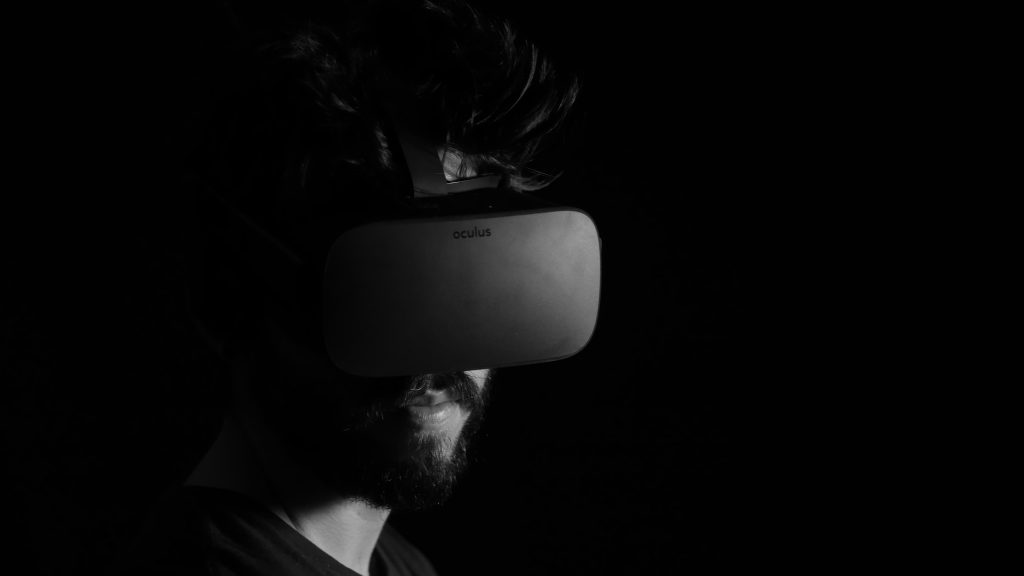 The digital information age continues to challenge the way we perceive life. Things that were once considered as fictional and immaterial gradually blend with immutable physical reality, and nowhere is it more obvious than in the emerging field of extended reality. Starting as a novelty meant to entertain and impress, the mixed reality technology has finally crystallized into a set of tools that bring value to many industries.

However, with abundance inevitably comes confusion. The flashy concept of VR from 80s’ sci-fi movies has branched into several segments like AR, MR, and XR. To make things even more ambiguous, developers and marketers rarely agree on what is mixed reality. To help you decide which is right for your purposes, let’s look at mixed reality technology and all its variations.

What is Extended Reality Technology

As is common with the public perception of complex topics, the first concept often hijacks both the recognition and the terminology. This was the case with virtual reality, the term that is generously used to describe the entire segment while actually being just a small subset alongside augmented reality and its successor, namely mixed reality.

In response, the term extended reality (XR) has been proposed to refer to all of the above as well as new variations that might emerge in the future. In other words, extended reality is an umbrella term that describes solutions, which create immersive experiences by blending the real world with digital content.

The terms VR and MR refer to related but different solutions based on the same technology. In short, the former works with the fully artificial environment whereas the latter merges it with the real world and allows the users to interact with the result.

To make it clearer, here are a couple of examples. A video game that uses a computer-generated environment you see through a headset or an HMD is virtual reality. You can interact with it, but all interactions are restricted to the game content.

Now, let’s say a game uses the real surroundings captured through the phone’s camera and adds digital objects on top of it to enhance the experience. This is considered augmented reality. The most familiar example is perhaps Pokemon Go, although it is now used in the AR mobile app development field far beyond the gaming segment.

Now, imagine you can actually interact with the virtual overlay while staying in the physical world. This is mixed reality then – essentially the augmented reality 2.0. This approach is obviously more practical, not to mention the added level of immersion, which is why it is finding its place in a variety of industries, including construction. Mixed reality is rapidly gaining recognition in multiple business domains. According to the recent report by Mordor Intelligence, it is expected to grow from the current value of just above $553 million in 2020 to the staggering $5811 million in just six years. The increase is driven by investments in hardware solutions and software ecosystems. The trend is already recognized by developers – news about a virtual reality apps development company in Singapore rolling out an MR-compatible product can be heard on a monthly basis.

In this light, the adoption of mixed reality in AEG (architecture, engineering, and construction) should be an obvious choice. Indeed, the industry does show interest in the potential of mixed reality technology with its potential for improvement in several areas:

However, in comparison to other businesses, the progress is relatively slow. Some of it can be attributed to the scarcity of studies on the feasibility of its implementation. Other times, it can be due to the lack of understanding of how mixed reality works. Still, with more construction companies coming to the realization of mixed reality advantages and developers responding to the demand, we might well be on the brink of a new breakthrough.

How Does Mixed Reality Work?

For a long time, the construction industry was a relatively conservative domain, with legacy systems and processes established 50 years ago still being commonplace. Now, with increasing regulatory pressure on the one hand as well as the need for optimization and cost reduction on the other hand, this sector has to catch up fast. To assist the transition, here is a primer on the inner workings of the technology:

Where to Use Mixed Reality in Construction Industry

As a rule, mixed reality is associated with impressive presentation, which is why it is incorrectly believed to have limited application in the AEC sector. In reality, however, it can add value in several aspects of the industry.

Construction is one of the domains in which training requires significant investment in equipment, not to mention special considerations regarding the use of unfamiliar machinery on-premises. Mixed reality can solve this problem by creating a believable experience without exposing employees to unnecessary risks.

On top of that, MR allows creating simulated scenarios that imitate real dangers and use these to develop decision-making skills and promote the culture of safety. Taking this concept one step further, it is possible to imagine an augmented reality development company producing a solution for operating machinery remotely and reducing risks by simply having fewer employees on site. Speaking of the workers’ on-site presence, mixed reality can lower the number of visits to premises by providing virtual access. This is particularly valuable for managers, designers, and architects, who do not participate in the process directly but still need to visit the site for control and oversight. Not only does this approach minimize unnecessary risks, it also improves time and resource allocation by eliminating the need to travel.

The latter is especially valuable for situations where an unforeseen problem requires urgent attention from the management. Usually, the construction process would have to be halted until a person responsible for the decision arrives and conducts an assessment. Unlike other industries, where this can be dealt with through video conferencing, the complexity of construction projects often requires personal presence. With MR, the level of fidelity and precision can be enough to resolve the problem remotely, saving a lot of time and reducing expenses in the long term.

Aside from managers and supervisors, there are many stakeholders who may be interested in attending the construction site, such as clients and shareholders. While their visits rarely demand halting the operations, in many cases, the visit simply wouldn’t provide the desired experience. Viewing a blueprint or even a 3D model on screen may be sufficient for engineering purposes, yet it hardly qualifies as a compelling way to communicate the vision of an architect.

This issue was partially addressed with the introduction of virtual reality in construction, which allowed for a much more immersive experience. Mixed reality takes it one step further by creating a compelling image that is seamlessly integrated with the real-time environment. Further, it offers the degree of interactivity not achievable through regular VR. Even something trivial as seeing the building lit in the right way can make a difference. And then there’s the possibility to make adjustments early in the process, cutting down the costs of changes later on.

Construction projects usually involve many roles with a diverse range of responsibilities, and coordinating their work is an immense challenge in its own right. The now-widespread BIM systems combined with cloud services and shared virtual workspaces make this task much more manageable but still don’t resolve all possible issues.

However, the introduction of mixed reality technology brings the collaboration to a truly new level. With the help of MR, anyone involved with the project can receive the first-hand experience and explore the object virtually. In addition, it broadens the opportunity for talent acquisition and retention, allowing people to join the team from anywhere in the world without creating inconveniences or sacrificing the hands-on approach.

One of the most taxing aspects of construction is effective management of unforeseen problems. While it’s a well-known fact that preventing problems is far more cost-efficient than fixing them in the process, unfortunately, this is usually easier said than done due to the sheer complexity of construction projects and the multitude of external factors involved. Again, many problems can be identified through BIM software. Still, it applies mostly to the issues that can be calculated by algorithms and does not work on those detectable only by human perception.

With mixed reality, problems can be prevented before the project even begins, reducing the need for reworking. MR can also be used to fine-tune the process by taking advantage of the spatial relationships within the structure. Finally, the interactive component offers an additional layer of tools for identifying the problem and making it visible for collaborators – all that is needed is a mobile app development company and a headset.

As can be seen, the potential of MR technology for the AEC sector is enormous. The immersive experience and unparalleled fidelity of imagery provide a range of benefits to all stakeholders:

The Future of Construction

Major changes are already looming on the horizon in the domain of AEC. With businesses recognizing the value of novel technological solutions, it is only a matter of time before the industry will change beyond recognition. Of course, extended reality is evolving so fast that it can be difficult to wrap one’s head around, let alone integrating it with operations. So, to make the most of it, reach out to an experienced AR development company, gain a strategic advantage and stay ahead of competition.